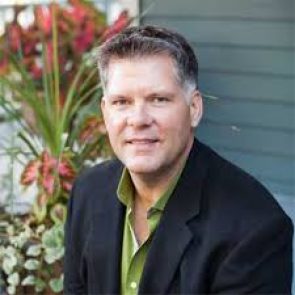 In this episode of Still Growing…(SG 515), I feature life-long entrepreneur and the pioneer of Straw Bale Gardening, Joel Karsten.

Twenty years ago, Joel Karsten had a brilliant idea.

Thanks in part to his early experiences gardening with his Grandma Josephine and desperate for a solution to his new home’s backyard (the soil was essentially  construction fill), Joel had a feeling he just might be able to garden successfully in straw bales.

When he couldn’t find academic support for his idea, he returned to his childhood home on a farm in Southwestern Minnesota.  In an overwhelming gesture of support, Joel’s Dad welcomed him home with a whole hayrack full of straw bales. And, that was just the beginning.

The approach Joel and his father used to perfect Straw Bale Gardening was actually quite scientific. Splitting the bales into five rows, they began to run various trials. Joel was dedicated to testing whether straw bales could be used as a substrate for growing vegetables. On that Spring day in 1994, they planted 50 bales of straw without any idea of what was to come. 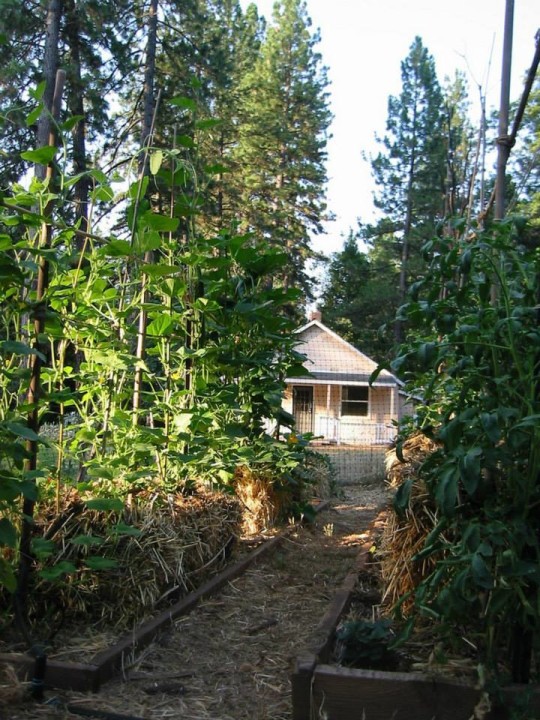 By the middle of June, just a month after planting, they both realized the process was a major success. Truly, the plants growing out of the straw bales were twice as tall as the plants growing in the soil. A new method of gardening was underway…

And yet, it would take 14 years for the world to discover the pioneering work of Joel Karsten.

This episode is the first of a three part series featuring Joel Karsten and his Straw Bale Gardening method.

This Episode, Part 1, chronicles Joel’s early experiences in the garden as well as his various entrepreneurial endeavors.

When someone is as humble and hard working as Joel, it’s easy to dismiss success; chalking it up to simple good fortune. On closer inspection, it’s precisely his incredible Midwestern work ethic, pride in doing good work, and a serious passion for “the new” that has made Joel successful in every single pursuit that has caught his attention.

It is fitting, then, that a simple straw bale is the medium behind Joel’s successful breakthrough gardening method: Straw Bale Gardening.

To me, the magic of the Straw Bale Gardening story is that Joel was not just “Grasping at Straw” when he acted on his idea. He thoughtfully and scientifically pursued it for over a decade; refining what he learned and continuing to search for ways to improve his approach.

In order to be successful, gardeners need to appreciate the science behind Straw Bale Gardening:

“Very often people will email me, ‘So you just get a bale of straw, and you dig the inside out and you put the dirt in and you plant your plants in there.’ … You can do that if you want to. But, if you do that – you’re not Straw Bale Gardening – you’re soil gardening on top of a bale of straw.

What we’re doing is we’re converting the straw … and we’re going to create our own brand new virgin soil inside of that straw bale.“

Main topics covered in this interview:

(Grandma Josephine) just like to walk her garden every morning and look for any problems – any insects or disease problems.

Any leaf on a plant that today looked different than it did yesterday, she’d do a close inspection and if it looked like it had some kind of disease, she’d snip it off and put it in her bread bag and get rid of it.

She was just on top of any problems.  So, things didn’t linger and get worse over the course of a week.

One of those potato bugs would DARE come into her garden and she had it by the next morning and it was in the bread bag and in the garbage.

“I remember going with my dad to the arboretum and listening to a couple of horticulture professors…. I got to meet Dr. Bert Swanson.

Years later, when I was a freshmen in college, he ended up being my advisor and truly was a mentor for me all through college.”

“I think early on, every business I’ve started or adventure I’ve gotten into, I have some idea… obviously that there’s a demand and a need for it. But, mainly I do it because I’m interested in it.  And, I think that there might be somebody else interested in it.

As you pursue the business, or the project, or the idea, things usually just kind of come clear.

I’m the type of person that likes to move quickly; taking advantage of opportunities. And, I think that’s where some of the advantage comes from.”

“It was an unbelievable opportunity. It was just like an explosion – like a nuclear bomb that went off when we introduced this; ‘Our Governor can beat up your Governor‘…

It’s just a really good example of how when you’re a young entrepreneur – you don’t know what you can’t do. When something comes along – a great opportunity – you just grab it and you go with it.”

“And so I knew there was something in that bale of straw… that those plants really liked.

What if I tried using bales of straw?

So, I called my old professors at the U (of MN), and I told them my brilliant idea that I’d come up with – using a bale of straw as a substrate.

[They] didn’t think it would work out… and they made one suggestion, “You should call Texas A&M“…

So, I call down there and the guy down there says, “You should call this person over at Georgia Tech“.

So, I call Georgia Tech and they say, “Penn State – they’ll know everything about this.”

So, I went in this big circle and I never discovered anything very encouraging.

After that, out of frustration, I called my Dad and I told him my brilliant idea… 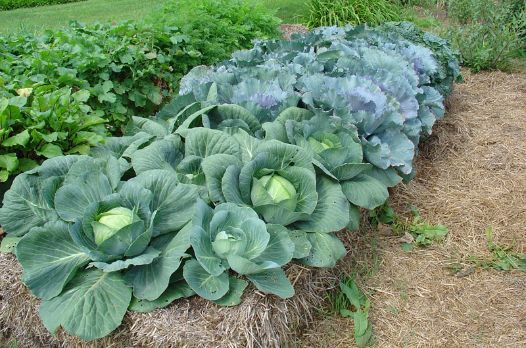 “I knew what I wanted to accomplish.

And, I knew one of the main things I was going to need to do was add a source of nitrogen to those bales.

[You need Nitrogen] in order to stimulate the bacteria to develop inside and quickly consume that straw to turn it into soil.”

“What is really good soil?

Really good soil has a high percentage of decomposed organic material called humus. Something that was alive has died and that’s really what we’re doing inside of this bale: We’re converting that straw into brand new virgin soil.

That’s really important because when you have brand new soil… you don’t have any lingering disease problems, any lingering insect issues, any lingering weed problems or weed seeds that get left in your top soil year after year.  So it really solves a lot of those problems that Vegetable Gardeners face on a year to year basis.“
-Joel Karsten, Straw Bale Gardens

“I tell people, it’s not a book that you have to convince people to buy.

Once a person buys it, and starts doing it (straw bale gardening), anybody within sight of that garden is going to have questions about how it works…

And, then they convince them that they should try it.

It just sort of sells itself.“ 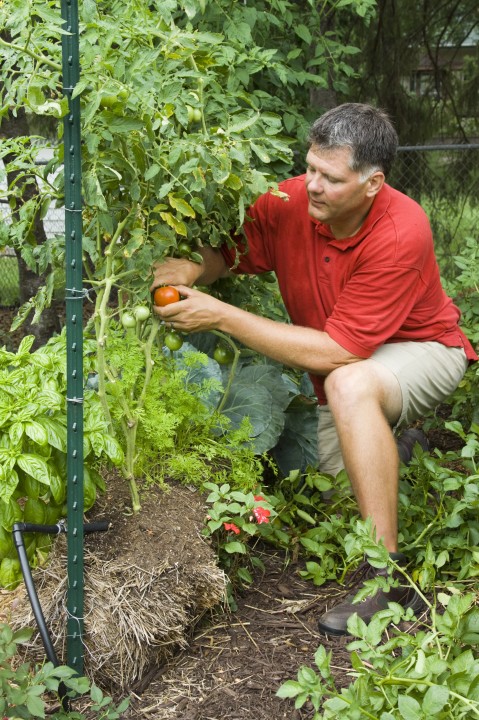 “Jeff Olson (of Kare 11 TV) called the night before and said,

“Everyone around the studio has been asking questions about how they can do this and where they can find more information”.

So, I went on Godaddy.com and I bought the URL address for StrawBaleGardens.com and I called him right back.

I said, “Our URL is StrawBaleGardens.com.”

He said, “But there’s nothing there.”

So I stayed up a built a little website.”

And, it’s really impactful for those people who are already experienced gardeners; You know, sometimes when you talk to someone who’s been gardening for a long time, it’s pretty hard to impress them.

But, even the reporter from the New York Times – he’s heard everything – he was absolutely blown away when he came and saw my garden.

He called it a revolutionary method of gardening.”

This same woman has signed up for the class every year. But, now she doesn’t come to learn how to Straw Bale Garden.

She just comes, so she can bring all of her photo albums and brag about her Straw Bale Garden.“

“Sarah Redmond is her name. Originally when she started (Straw Bale Gardening), she did this in her front yard… in North Hollywood, California.

And, she put these great big giant straw bales up in her front yard in rows.

She said, “I lived in this house for 15 years. I knew one or two of my neighbors.

Believe me, when I put these straw bales in the front yard, I now know everybody in the neighborhood.”

By the end of the summer, she had brought these neighbors together.

Mentioned on Still Growing… this week